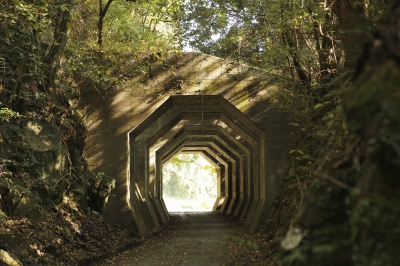 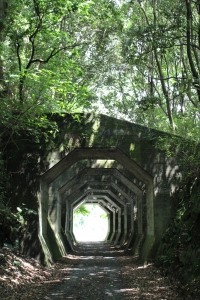 Yuen Tetsudo Railway opened in April, 1915, at Minami Kumamoto Station, and later was extended to the current Misato Town area and became a railway of total 28.6km. Shakain Station Site is one of the old foundations of Yuen Tetsudo.
Yuen Tetsudo was discontinued in 1964, but even after 50 years, you can see the former appearance of the station with old station plate, platforms, concrete slopes and foundation. The old railroad is now used as a small park and a garage for pumpers.